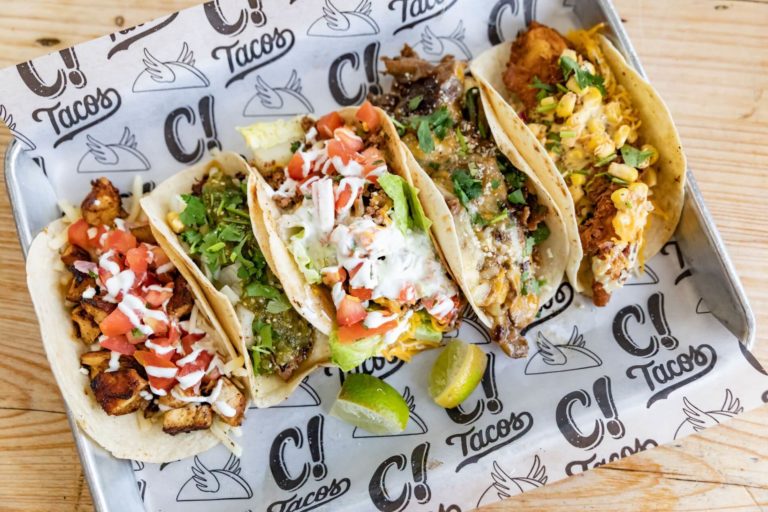 You can read the full online version of the article on the Yahoo website by clicking here.

As it begins rolling out franchises around the country, Capital Tacos, founded in Land O’Lakes and now based in Tampa, will nearly double its local footprint with three new restaurants in Pinellas and Pasco counties.

The fast-casual Tex-Mex chain is expected to roll out new restaurants in or around Trinity, Palm Harbor and Tarpon Springs between this summer and 2025. They will be the chain’s first locally owned franchise locations.

“It’s exciting for me,” said Bill Hoopes, one of the four franchisees leading the three new restaurants, along with his wife Alesha and their friends Patrick and Tracy Affrunti. “To have the ability to be the first franchise of a well-known brand in the Tampa Bay area, and hopefully be a small influence to help them expand throughout the south and then nationwide, that’s what we’re all working on.”

Bill Hoopes used to be a schoolteacher ― Alesha still is — and they first grew familiar with Capital Tacos’ original Land O’Lakes location after attending training sessions nearby.

“Everybody said, ‘Go try Capital Tacos!’” he said. “So over the last couple of years, we became very familiar with the brand.”

Capital Tacos’ owners, Josh Luger and James Marcus, bought the restaurant in 2016 from founders Bobby and Kristel Heskett. In January they announced plans to franchise outside Florida, with franchise fees running around $30,000. The total cost of opening a restaurant ranging between $190,000 and $380,000. Hoopes’ group finalized their agreement last week.

There’s already one company-owned Capital Tacos in west Pasco County, off Ridge Road in New Port Richey. That store will remain open — as will company-owned shops in Brandon, Riverview, Wesley Chapel and Land O’Lakes — which Hoopes called “a win for both parties.”

“When we announced our franchising program a few months ago, we really couldn’t have asked for a better group of first franchisees as partners,” Luger said in a statement. “Their personal stories and professional careers demonstrate a deep commitment to community and country, the willingness to work hard to achieve ambitious goals, and a real passion for making folks’ days brighter by doing everything it takes to consistently deliver a truly elevated and differentiated customer experience.”

Capital Taco recently outlined some of its initial franchise plans around the southeast, announcing expansions into Atlanta, Nashville, Charlotte, Miami and Orlando over the next couple of years.

Hoopes said his franchise group is negotiating for real estate now, hoping to open the Trinity store by August, then the Tarpon Springs and Palm Harbor locations within the next 3 1/2 years.

“Deliver a good product, work within the brand, have good customer service, and then hopefully customers returning is a byproduct of that,” he said. “If I do all that, then hey, I should be able to make a good living.”