Capital Tacos is coming to Atlanta – The Georgia Sun 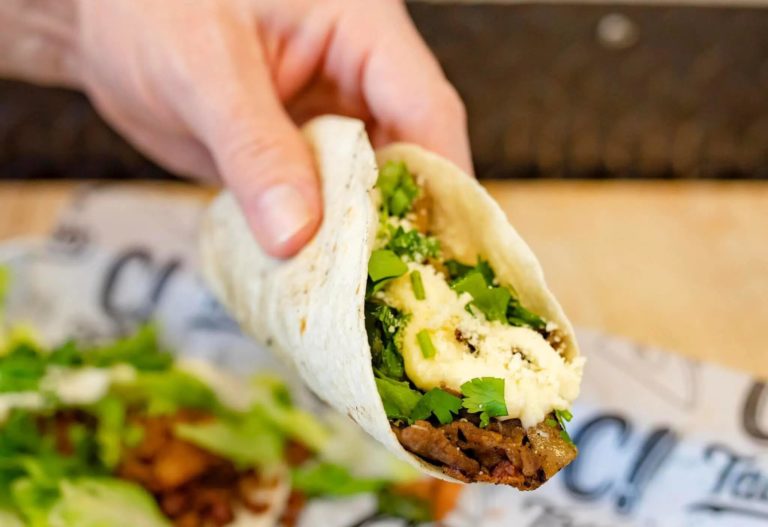 You can read the full online version of the article on the The Georgia Sun website by clicking here.

Only two months after announcing the launch of its franchise opportunity, Capital Tacos, the corner taco shop turned nationally-awarded Tex-Mex restaurant chain, is preparing, for the first time, to expand its reach beyond the borders of the Tampa Bay area and into five new markets across the Southeast. Through a recently unveiled partnership with CloudKitchens, a virtual restaurant company, the franchise brand will establish and build its presence in Orlando, Atlanta, Miami, Nashville, and Charlotte over the course of the next few calendar quarters.

The Capital Tacos team undertook its franchise endeavor with the clear goal of establishing the brand as a fan-favorite destination for families, foodies, and Tex-Mex enthusiasts throughout all major markets in nine designated states – Alabama, Arkansas, Florida, Georgia, Louisiana, Missouri, North Carolina, South Carolina, and Tennessee.

This most recent expansion showcases Capital Tacos’ innovative and multi-faceted approach to brand development. It converts second generation restaurants to power its brick & mortar success, is further growing its Capital Tacos Express offering, and will be rolling out a variety of other ways consumers can conveniently procure its expansive menu offerings as the brand seeks to buildout a robust presence in an ever-growing lineup of markets.

“Our goal with building the Capital Tacos brand is direct and comprehensive. We never felt the restaurant industry was in need of another taco shop, but it was in desperate need of a company that rewards hard work, is based on inclusivity and remembers to have fun along the way,” said Josh Luger, Co-Owner and Operator Partner of Capital Tacos. “Now, after having spent the better part of a decade perfecting such a company, we’re exhilarated to be able to bring that experience to as many people as possible, starting with these first five markets.”

Capital Tacos has become a revered staple of the Tampa Bay community for its family-friendly atmosphere, uniquely-crafted, chef-inspired food, and authentic culture. Though, perhaps one of the most inviting practices exercised by the franchise is handled by their team of culinary professionals, who, upon entering into any new market, take it upon themselves to perfect a new taco flavor inspired by, and initially only available in, that respective community. A tribute to locals for welcoming the company into their neighborhoods and their lives.

As a franchise opportunity, those same qualities are responsible for affording the brand an industry leading degree of profitability, in addition to its one-of-a-kind locations, unparalleled support team, and impeccable style and standard of service best summarized by their popularly known slogan, #DoneRight.

National notoriety and recognition of the Capital Tacos brand has mounted to peak heights in recent years, earning the franchise the rank and reputation as one of the top taco restaurants in the United States. A fact that the Capital Tacos team anticipates creating a great deal of fervor amongst those in the franchising community and aiding in the company’s larger vision throughout the country.