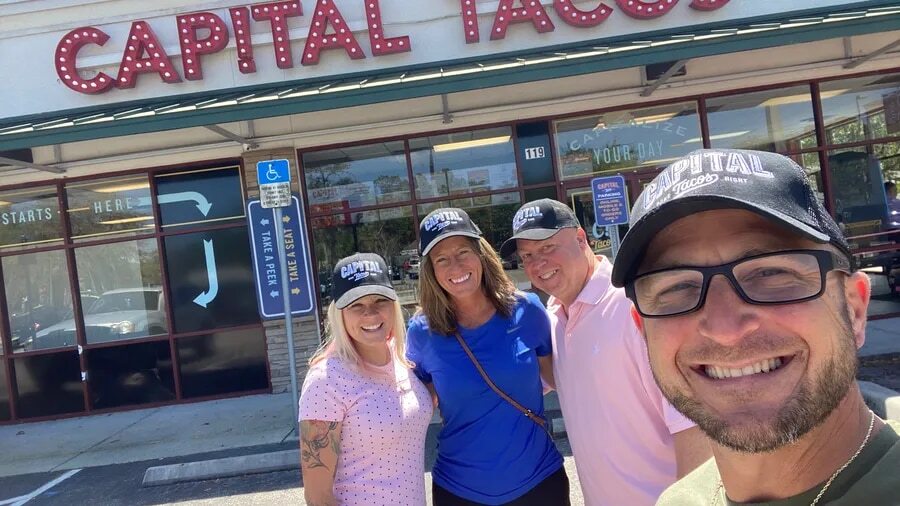 As it begins rolling out franchises around the country, Capital Tacos, founded in Land O’Lakes and now based in Tampa, will nearly double its local footprint with three new restaurants in Pinellas and Pasco counties. The fast-casual Tex-Mex chain is expected to roll out new restaurants in or around Trinity, Palm Harbor and Tarpon Springs […] 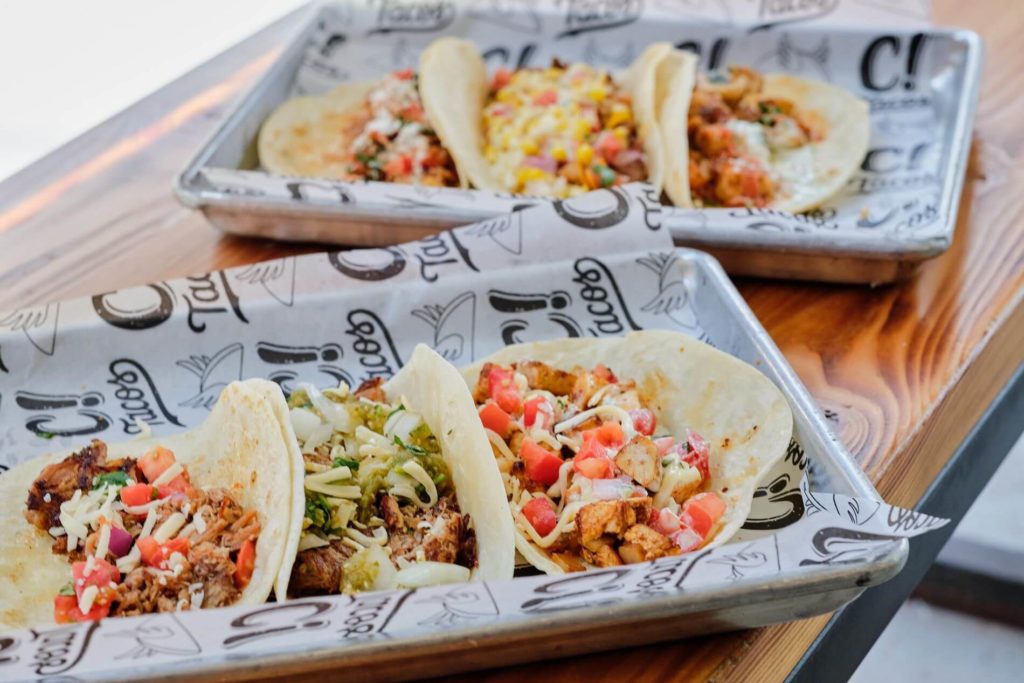 Capital Tacos will build its presence with CloudKitchens, a virtual restaurant company. Only two months after announcing the launch of its franchise opportunity, Capital Tacos, the corner taco shop turned nationally-awarded Tex-Mex restaurant chain, is preparing, for the first time, to expand its reach beyond the borders of the Tampa Bay area and into five […] 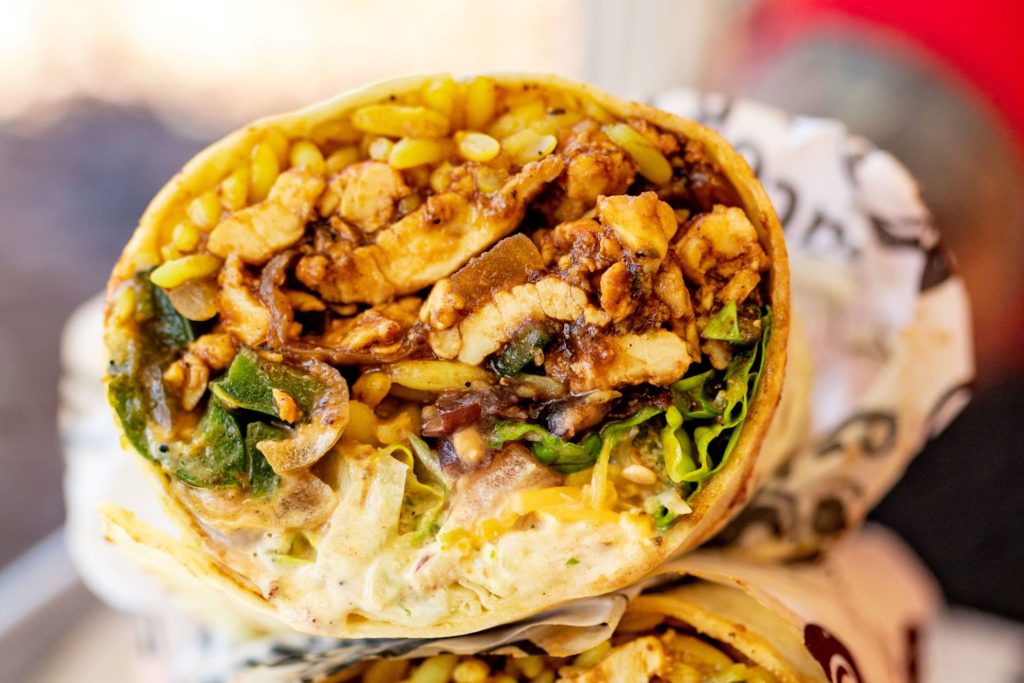 Tampa-based Capital Tacos is bringing its fried queso bites, Mexican street corn, and “Big Kahuna” fried fish tacos to Orlando, starting with delivery and pickup only. The chain, with locations in the Tampa Bay area, will set up in the ghost kitchen food hall at 18 N. Dollins Ave. beginning in late May or early […]

Capital Tacos is coming to Atlanta – The Georgia Sun 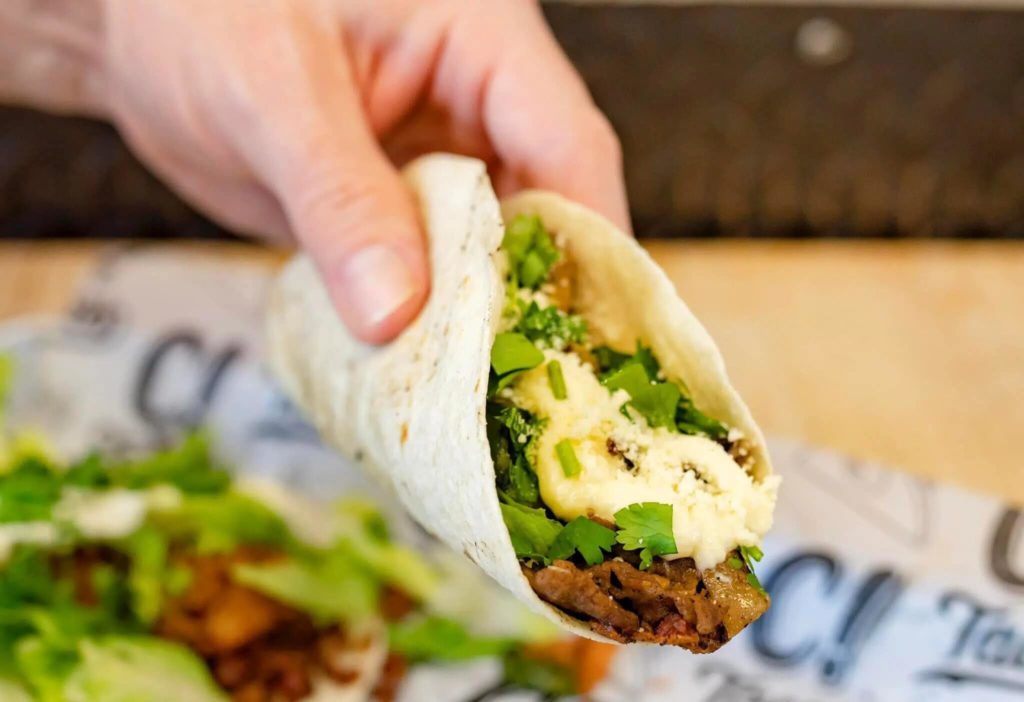 Only two months after announcing the launch of its franchise opportunity, Capital Tacos, the corner taco shop turned nationally-awarded Tex-Mex restaurant chain, is preparing, for the first time, to expand its reach beyond the borders of the Tampa Bay area and into five new markets across the Southeast. Through a recently unveiled partnership with CloudKitchens, […] 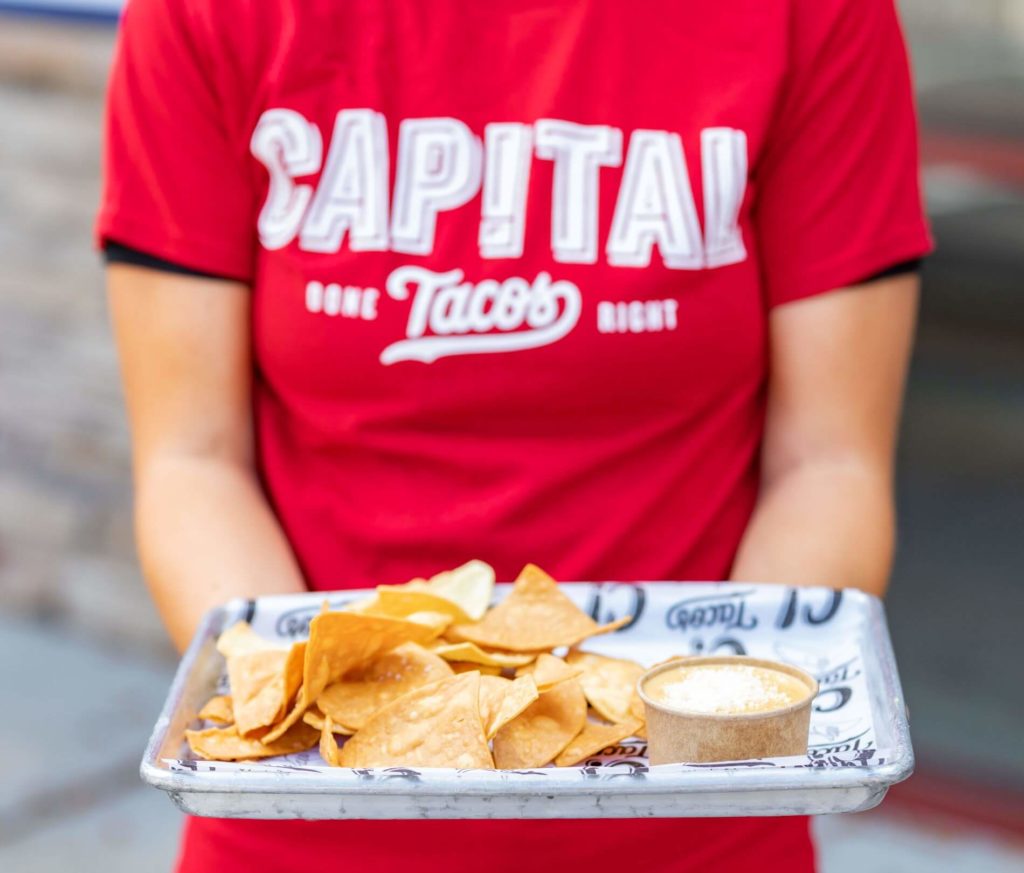 Capital Tacos is partnering with CloudKitchens to expand their newly-launched franchise concept to five U.S. cities, with Miami among the first choices for development. The Tampa-born restaurant will also see continued growth in Orlando, Atlanta, Nashville, and Charlotte. Established in 2013, Capital Tacos specializes in Tex-Mex cuisine served in a fast casual setting. Their Chef-inspired […] 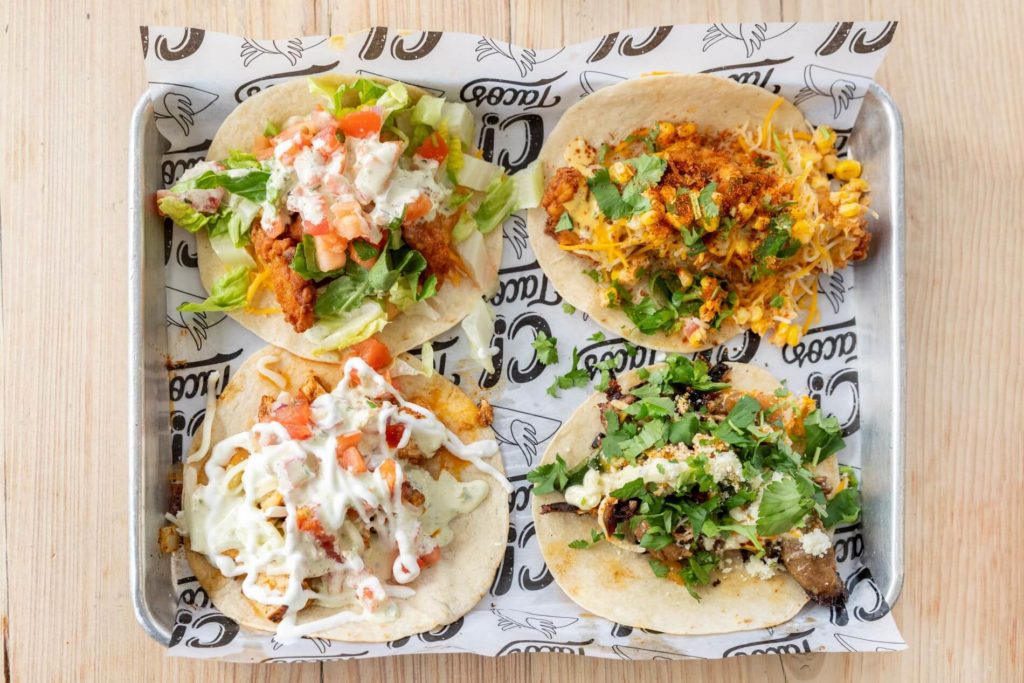 Capital Tacos began 2022 by launching a new franchise opportunity. The fast casual was founded in 2013 in a 1,000-square-foot storefront in Land O’ Lakes, Florida. The chain has since expanded to five units throughout the state, each with its unique atmosphere. As Capital Tacos moves further into franchising, it plans to keep that individualistic […] 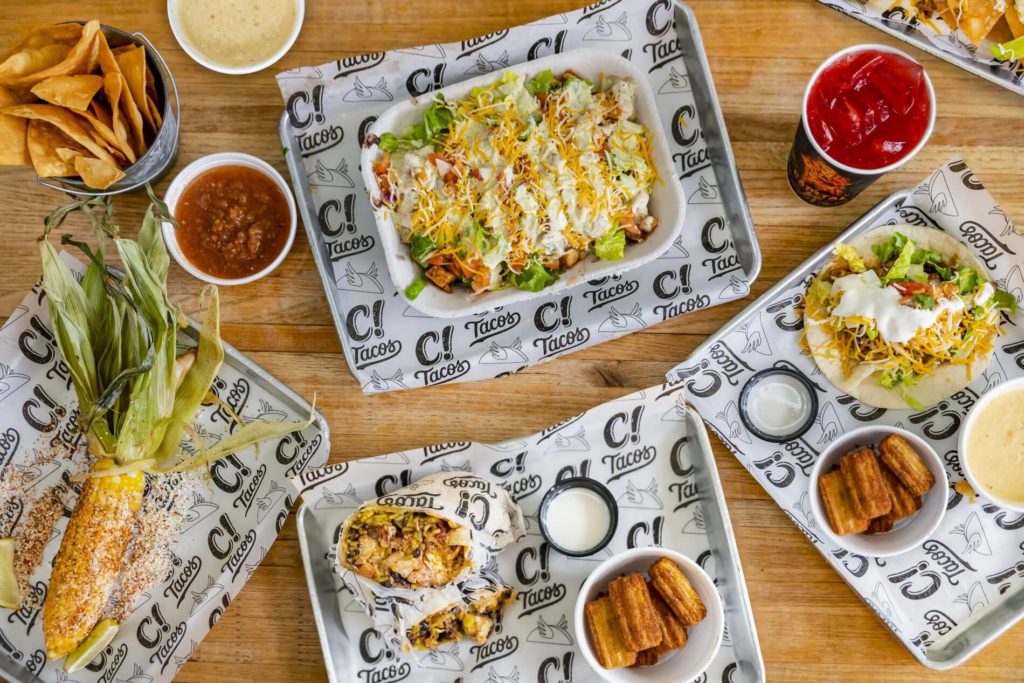 The lines between quick service and fast casual have blurred to unprecedented degrees. You can thank the digital revolution of COVID-19 and how convenience became a trademark of brands across foodservice, sit-down restaurants included. Yet one thing that hasn’t vanished— the entrepreneurial nature of the sector’s most innovative category. Fast casual exploded out of the […] 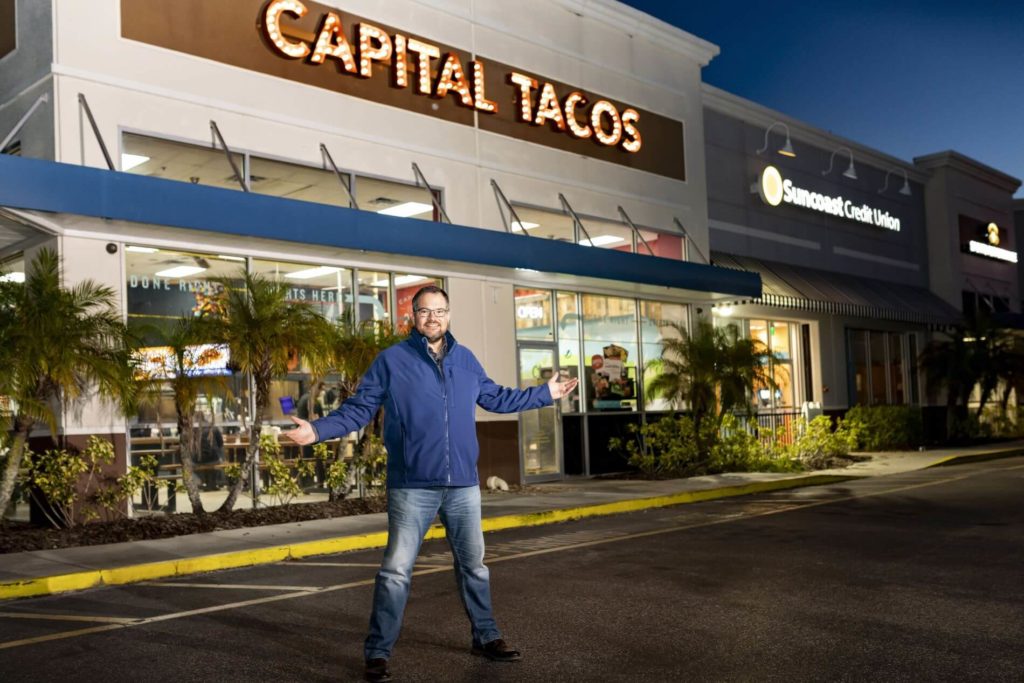 Capital Tacos started out in a 1,000-square-foot shop in Land O’Lakes, where its owner-chef dished out Baja- and Tex-Mex-inspired tacos and burritos in a hip, industrial-chic setting. Nearly a decade later, the chain is ready to go grande. The fast-casual brand, which has five locations around Tampa Bay, is launching a franchise program with eyes on […] 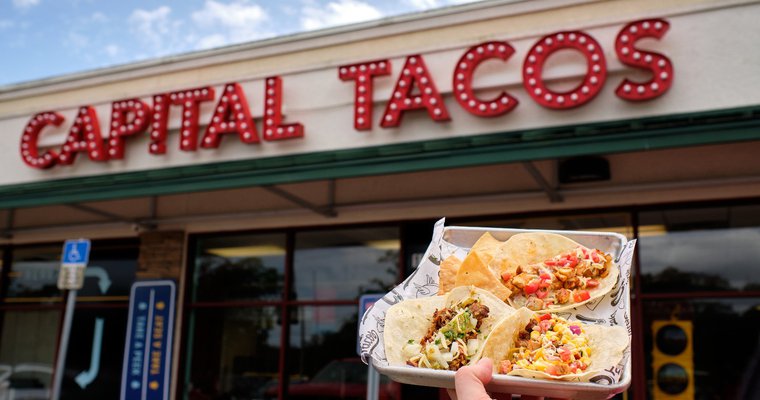 Tampa-based Capital Tacos is ready to franchise. Although the company was founded in 2013 in a 1,000-square-foot signless storefront, the business has grown to five locations. It features a huge menu, including 13 tacos as well as burritos and bowls, said Josh Luger, an operating partner and co-owner focused on expanding the chain in Florida, […]