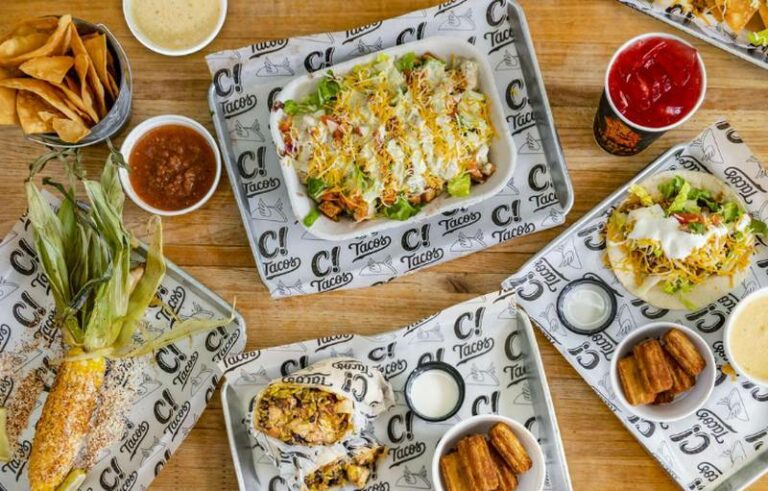 You can read the full online version of the article on the Charlotte Business Journal website by clicking here.

Capital Tacos will crack into the Charlotte market later this year with a virtual restaurant.
The Tampa Bay, Florida-based taco shop has signed a deal for space at CloudKitchens at 500 W. Summit Ave. in South End. The restaurant — reliant on takeout and delivery— expects to begin dishing up its Tex-Mex fare in the fourth quarter, says Josh Luger, co-founder.

“It’s really about planting a flag,” he says. “It allows us to say with certainty we’re coming to the market.”

That’s just the first piece of the brand’s plans for the Charlotte market.

“Our clear mission is to expand in the Charlotte area and surrounding suburbs,” Luger says. “We’ll do that however makes the most sense.”

Expect a number of different store formats. In addition to virtual kitchens, Capital Tacos will look for second-generation, bricks-and-mortar space between 1,100 and 2,500 square feet as well as areas to deploy food trucks and express locations tucked into convenience stores. It’s talking to local universities and sees food halls as an
opportunity.

“What’s important to us is we find spaces where we can deliver the quality and consistency of the food in a way we’re happy with,” Luger says.

He expects a combination of corporate-owned and franchise locations in the market. The full build-out cost for a second-generation space ranges between $177,000 and $365,000, Luger says.

The brand got its start in Tampa in 2013. It has five locations now, with dozens in various stages of development. Capital Tacos is looking to expand its footprint in
Alabama, Arkansas, Florida, Georgia, Louisiana, Missouri, North Carolina, South Carolina and Tennessee.

“We really want to pick the places we think are vibrant, exciting and growing cities that are, frankly, ready to accept and appreciate a high-quality Tex-Mex concept,” Luger says.

The chef-inspired menu delivers food that is scratch made, grilled to order and made fresh daily.

“We really view the tortilla as a blank canvas on which we can do many different things,” Luger says.

Capital Tacos’ menu has 13 core flavor profiles—available as a taco, burrito or bowl. Each has up to eight ingredients, with a variety of proteins and toppings.

“We really pride ourselves on having something for everyone. We really want the menu to be fun and accessible,” Luger says.

He says that digital sales account for 50% of sales or more, with customers ordering for pick up and to-go. The average digital ticket tops $30. In-store tickets are in the mid-to high $20s.